Euro Foie Gras denounces European Parliament’s call to ban force-feeding: a vote out of scope, with a total absence of debate 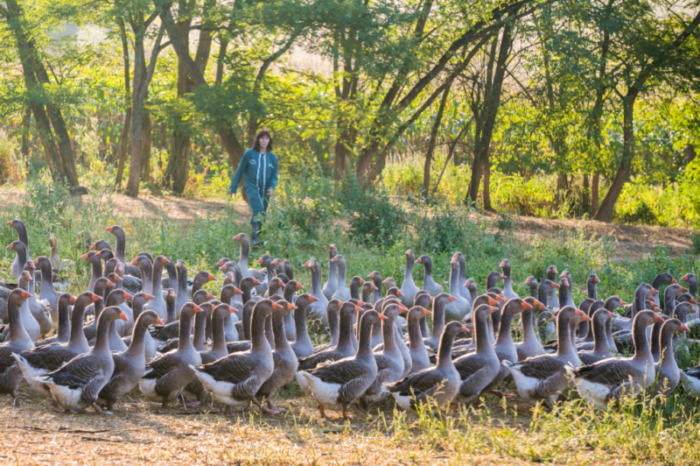 Brussels, 11 June 2021 – The European Federation of Foie Gras (Euro Foie Gras) is shocked by the vote in the European Parliament calling on the European Commission to ban force-feeding for the production of foie gras. This amendment, which is not legally binding, has been adopted without any debate and shows a total misconception of the sector. Foie gras production is part of the European gastronomic heritage and follows all EU animal welfare and health regulations.

On 10 June, Members of the European Parliament (MEPs) adopted a resolution on the European Citizens’ Initiative “End the Cage Age”. During this vote, a completely out of scope amendment calling on the European Commission to come up with a proposal to ban the force-feeding of ducks and geese for the production of foie gras, was adopted.

Euro Foie Gras is dismayed that such an amendment was voted with a total absence of debate. This vote is the result of a lack of knowledge and understanding of the sector which leads to misconceptions and prejudices fed bywrong stereotypes from animalist activists.

Christophe Barrailh, President of Euro Foie Gras, speaks out: “How can we vote on an amendment which could put an end to a sector without any consultation? A debate is more than necessary, given what is at stake. EU decision-makers should not forget, while discussing this question, the men and women working hard every day to produce this exceptional dish.”

As of today, there are no alternatives to force-feeding which means that, if such an amendment entered into force, it would stop the sector overnight. This would result in the loss of more than 50.000 direct jobs and the disappearance of a high-quality product, which is a symbol of the finest European gastronomy. Foie gras farmers participate in the life of rural areas, economically and socially, and are an important part of many regions’ traditions.

It is worth recalling that article 13 of the TFUE states that “(…) the Union and the Member States shall, since animals are sentient beings, pay full regard to the welfare requirements of animals, while respecting the legislative or administrative provisions and customs of the Member States relating in particular to religious rites, cultural traditions and regional heritage.” “This second part of the article must also be respected, as foie gras production belongs to the cultural and regional European heritage,” adds Mr Barrailh.

Furthermore, the European foie gras sector meets societal expectations: the production is extensive, outdoor and often family-based. Letting ducks and geese spending 90% of their life outdoors is essential for the breeders to ensure the quality of the animals’ life and of the product.

The Federation would like to remind that the fattening of palmipeds raised for foie gras production is done by professionals trained for this specific task. It fully respects the welfare of the animals, as confirmed by several studies[1]. Assisted feeding must be understood in light of the particular anatomy of fat palmipeds. They have an elastic oesophagus that can expand like a snake and allow them to swallow all kinds of prey such as fish or frogs. For this reason, their anatomy cannot, and should not, be compared to the human anatomy. Let’s stop anthropomorphism!

Today, Euro Foie Gras calls on European, national, regional, local decision-makers and citizens to visit a foie gras farm before taking any rushed decision on the matter. The Federation would be glad to conduct a rational and informed exchange of views on this topic.

[1] Scientific studies have been synthetised by the scientists Gérard Guy (INRA) and Xavier Fernandez (ENSAT) in a document written in October 2013.