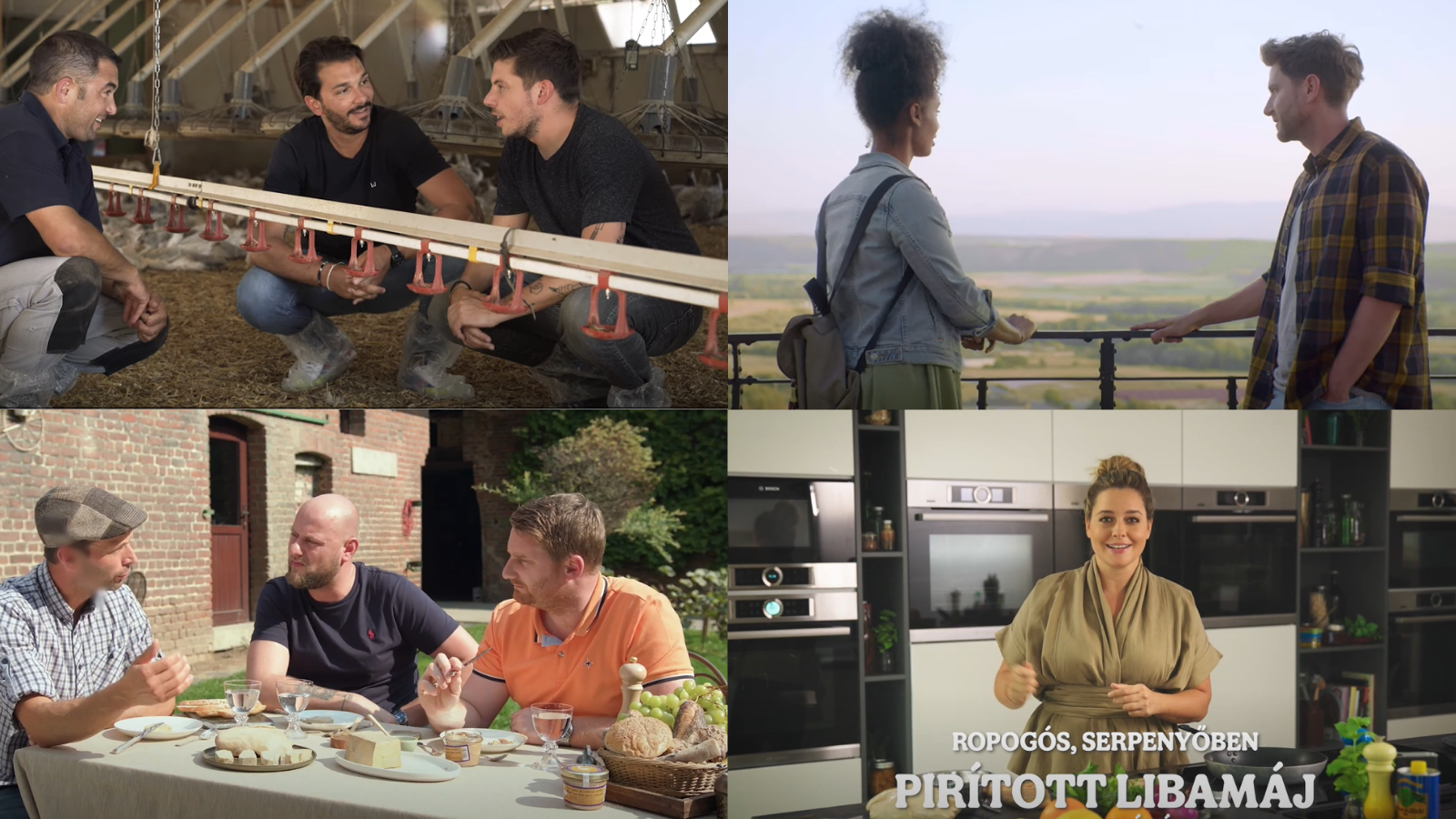 We wrote about it in October, famous Chefs from four European foie gras producing countries travelled to meet farmers to learn more about this European gastronomic dish. Here are some news from their road trips, rich in emotions and discoveries:

French chefs Pierre Chomet and Matthias Marc, former Top Chef 2021 contestants, met Florian Boucherie, a foie gras producer in Dordogne. At the farm“Guarrigue Haute”, everything is done on site, from breeding to processing.

After a culinary challenge on the theme of foie gras, the two Chefs ended their road trip in the pretty shop of David Pélégris, artisan canner in the centre of Sarlat. Discover their visit in video.

In Belgium, a Chef duo, the Walloon Julien Lapraille and the Flemish Tom Vermeiren, visited the traditional farm of Louis Legrand near Tournai. During the tour, the farmer explained that the fattening of ducks is the reproduction of a natural phenomenon. Indeed, the palmiped is a migratory bird, which can swallow large quantities of food thanks to its lack of glottis and its non cartilaginous oesophagus. This food is then stored as energy in the liver.

Further South, Chefs Ketty Fresneda and Leandro Gil visited a Spanish farm. After observing the ducklings housed indoors to protect them from the cold, they discovered the beautiful outdoor area, where ducks grow freely, with the greatest respect for animal welfare.

In Eastern Europe, and more precisely in Hungary, Wossala Rozina, Chef and owner of her own restaurant, met a goose breeder. Hungary is the largest producer of goose foie gras in the world, with 1132 tons produced in 2020. The Chef then shares a delicious recipe in video, to be tried asap!

You can also find tasty recipes made by the Chefs, as well as lots of information about foie gras on www.ontheroadtofoiegras.com.

This campaign is financed with the help of the European Union through its promotion programme “Sharing Europe’s Gastronomic Heritage”.