How is your European foie gras produced? Second stage: duck rearing in the open air 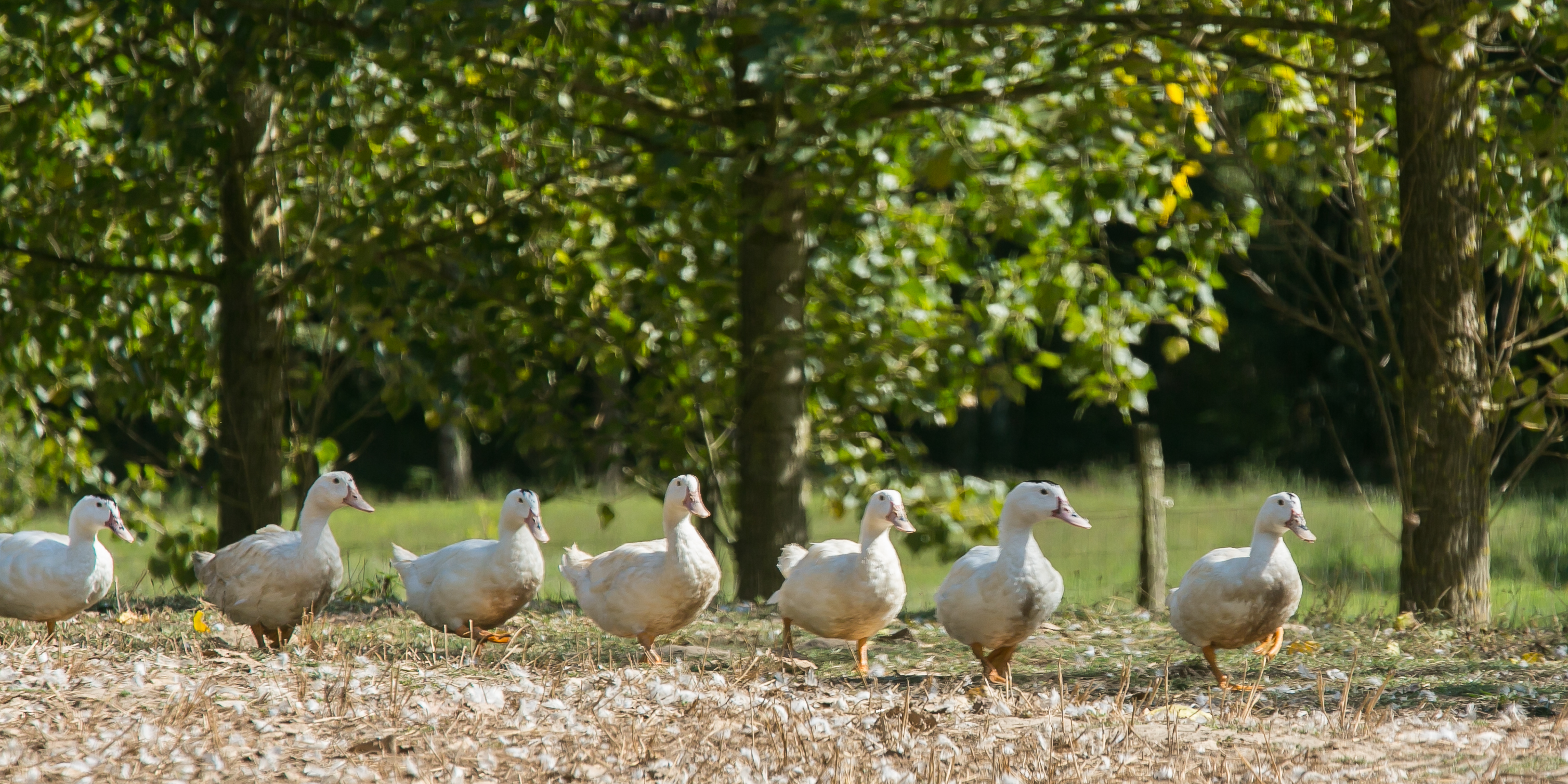 To learn more about foie gras, we have launched a series on its production in Europe, from the arrival of the ducklings in the farms to the final product. This series will only consider duck foie gras, which makes up the majority of foie gras produced in Europe. However, it is important to note the existence of goose foie gras, which accounts for 7% of the total foie gras production in Europe. Goose foie gras is mainly produced in Hungary, where it has been awarded the “Hungaricum” distinction.  In this article, we address the second stage of the production process: the outdoor rearing of ducks.

In November, we described the first stage of rearing ducklings, which first grow up in a heated building so that they can feather themselves enough to go out in the open air.

Later on, the animal is strong enough to access the outdoor course. The open air is a fundamental characteristic of foie gras farming. In total, the animals spend 90% of their lives outdoors. The ducks can move freely among their peers in a natural and healthy environment. They eat 75% cereal feed in the form of pellets or meal.

Valérie van Wynsberghe, owner of the Ferme de la Sauvenière, a Belgian family and artisanal farm, explained to CanalZ* that the duck welfare is a priority for the breeders: “If we want to have quality products, the animal must be raised in good conditions, in a pleasant and healthy environment. This is what we do as much as possible. We have planted fruit trees so that they have shade in the summer, the meadows are reseeded every spring so that they are on grassy paths and not in the mud…“.

In order to prepare the animals for the next phase, assisted feeding, a transition period is used to accustom the animal to feeding by meals, thus developing its fattening capacity. The duck, now about 10 weeks old (depending on the species), will be moved to an indoor collective housing for the fattening phase. This third part of our series will be developed later this year.